At it again just this time with out dreams of grandeur and just the goal of building a simple roguelike on simple hardware, I've acquired a Teensy 3.2, a screen and some other goodies like a joystick and buttons. I've eaten all the tasty mints and now have an empty container and hardware laying around time to get hacking. 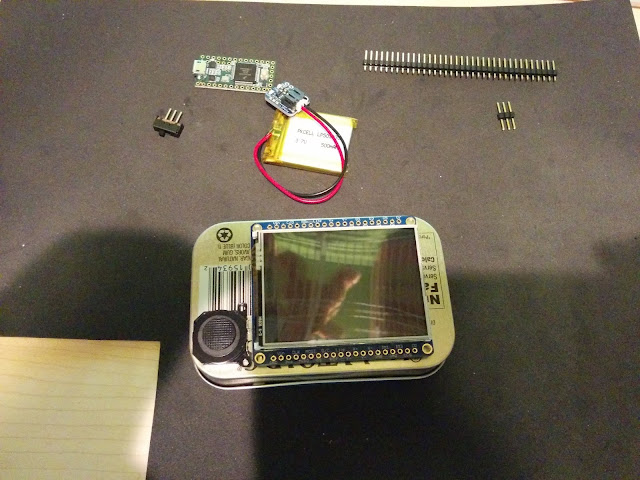 I've also set the game up as a library with more or less and have written a OS Independent Abstraction layer so this will run on Windows, Linux and OSX with out all the fancy hardware.

Here's to having some fresh breath and fun this year
Posted by Unknown at 10:37 PM No comments: 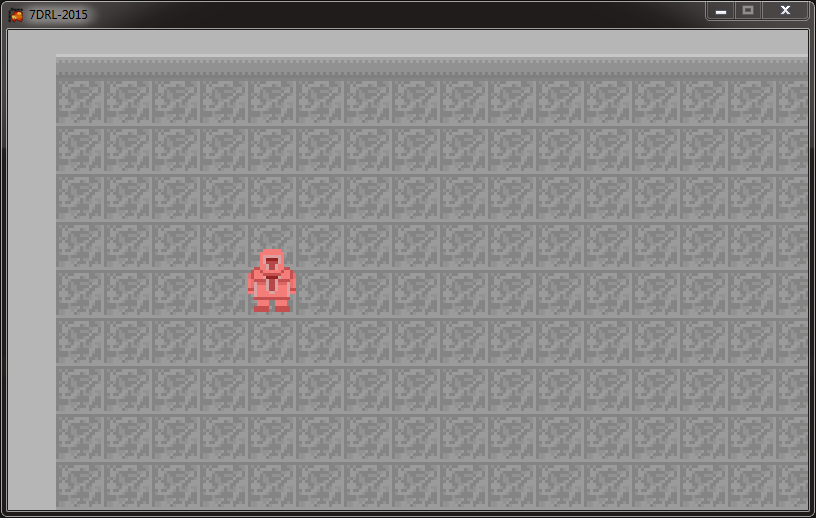 The 1st 24 hour period of the 7drl 2015 has come to an end. A  basic Tileset is completed and will be expanded as needed, tile rendering is complete with y sorting so that mobs and players can walk behind objects simple movement is implemented, next up is to add collision detection, combat and simple AI along with map generations.
Level Generation is going to be the primary goal for the next 24 hour period
Posted by Unknown at 6:05 PM No comments: 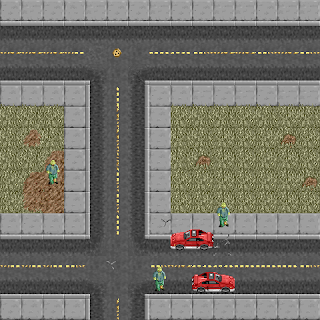 End Day 4...
Added more graphics to the tile set, and added the first zombie graphics also had to add my car into the mix. I need to build up to building graphics next and the work on the world generation code and exportation.

Code wise, I've got most of the graphics stuff finished. I should add some code to handle displaying text for content aware tips and menus

i've got most of the input handler done and my event handlers. Path find is handled via A*  and that seems to be working for now. i have the world broken down into 16x16 grids and only the active chunks are processed for pathing hopefully this will avoid any slow downs that might populate later on

Posted by Unknown at 3:08 AM No comments:

Over the weekend I've started work on an entry into a 7 day rogue competition, first thing I did was steal the code from my Fantasy Fortress Tile engine so that I could spit out tile based maps rather quickly, so i now have multi-layer  tile based maps. 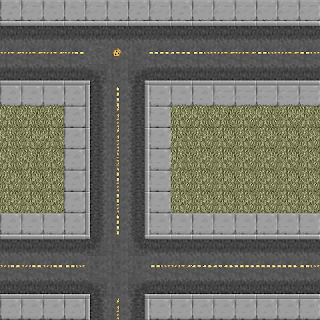 Next I sat down and worked on some general entity code and game object management. So I have the starts of a fledgling game engine with objects that can react to events that are posted, draw objects and update objects with very few calls.

next up i'm build help function to generate random urban maps and other areas, i need to build some base effects and then set up the skills, equipment, inventory, traps and building functions and if i have enough time the unit management so that building and defense can be allotted to NPC's  that are found on the map to set up defenses for buildings, stores, crops and what not.

Zombies are currently attracted and aggravated by sounds and lights, so i'm hoping that behavior can be added into tactical game play with things like sound/light bombs Herding and flocking behavior and combat.

Posted by Unknown at 5:02 PM No comments:

So lets begin, this is a blog and  introduction to the game that I'm currently working on called Fantasy Fortress and Programming it will contain 1 part tutorial, 1 part rant and 1 and a half parts design. This will be my playground to work out problems and help the think through them. For now I'm using Microsoft C# and XNA 4.0  for the programming language but that may change as I continue on the project To Mono and MonoGame or C++ and SFML with an OpenGL back-end, I like sharing and being opensource but until I know where this is going I'm going to keep the Game Closed Source except for the Tidbits I release here 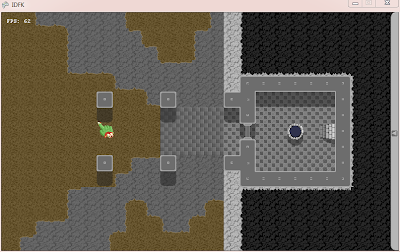 The Goal of the game is to be a Fortress Simulator in the vein of one of my favorite games of all time the one and only Dwarf Fortress but to let the player stay marginally sane while playing it with a much more modern interface, shinier graphics while maintaining the ability to be modded and edited and played in a living breathing world and hopefully it gets the blessings of the mighty Toady One.